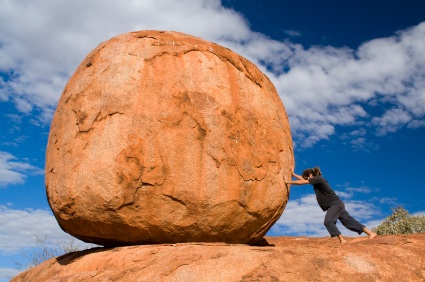 This week we organized the reporting workshop of the Software Center that I am director for. It’s always a great event with lots of participants from the ten companies participating the center and researchers from the five universities that are members. We present a variety of technologies, techniques, methods and frameworks that have been developed based on the research that we conduct together with the companies. The areas range widely but include topics such as software architecture debt management, data-driven development and experimentation, software ecosystems, continuous integration and deployment, organizational empowerment, etc.

The common theme across the participating companies is that they want to implement many of the results in their organization. And the results are concrete and tangible, so there is no need to conduct large amounts of additional work. It’s just a matter of implementing the change in the organization. And of course this is where the fun starts, because organizational change is never easy.

So, why is organizational change so hard? Although reels of paper have been filled on this topic in various research communities, my perspective on this, formed by two decades of driving change both as an employee and as a consultant, is that it comes down to three main factors: habits, loss aversion and the unintended consequence of hierarchy.

Most of us view ourselves as rational human beings who take conscious decisions throughout the day. Research, however, shows that up to 95% of the day we are habit driven creatures who run on automatic pilot for most of the time. For instance, most of us have experienced a situation where we drove to work or another well known location, arrived and could not remember how we got there. Changing habits is really difficult and many ways of working that would need to change as part of the organizational change are habits that are deeply embedded in the organization.

Change always means stopping to do things in a certain way and doing them in a new way. It may have organizational implications and it often changes relationships between individuals, teams and organizational units. Research shows that we experience loss about three times are severely as gaining something. That means that losing €100 stings three times as much as winning €100 in a bet. In organizations, everyone evaluates, often unconsciously, the risk of losing something valuable as much as the gains that are associated with a change. Change resistance occurs when the perceived risk of loss outweighs the perceived gains of the change.

The funny thing in hierarchical organizations is that the perception is that the HIPPO can just decide and the organization below the HIPPO will just execute. In practice, senior leaders are reluctant to take radical steps if their teams are not supporting the change. There are many reasons for this, but at its core the pattern is that organizations like stability and predictability and consequently people who are the least likely to cause trouble, surprises or issues are the ones that get promoted. This means that in most organizations, the higher up in the organization one gets, the more risk averse behaviors are. As a result, changes require support from everyone affected and a single “no” can torpedo the entire change initiative. Hierarchical organizations are exceptionally good at maintaining status quo and equally bad at realizing change.

If you had started to read this article with the hope of me presenting a silver bullet, I’m afraid that I will disappoint. However, in my experience there are three things that help. These are focusing on your circle of control, experimentation and strategic use of outsiders.

Stephen Covey often refers to the three circles. The circle of control, the circle of influence and the circle of concern. Any change of any relevance will cut across all three circles. I’ve seen many trying to drive change in their circles of concern and influence and fail as the initiative is easily viewed as lacking authenticity. Why? Because the person instigating change told others to change but didn’t do anything him or herself. So, any authentic change needs to start from your circle of control: first change yourself and those in your team and only then ask others. In the words of Ghandi: be the change you want to see.

Second, I’ve frequently seen change presented as a cast-in-stone “this is how it’s going to be” proposition. This gives people great opportunities to identify parts in the proposition that they like that they can then use as a reason to not support the change. Instead, a focus on the desired outcome, that presumably everyone can agree on, and opening up for experimentation creates much less resistance. It’s much easier to get others to agree to trying something out to find out if it works.

Finally, especially in my engagements with many companies, I often get the feedback something that they have failed on several times before now finally was successfully realized with my involvement. Reflecting on this made me realize that the strategic use of outsiders in a change process frequently is an incredibly important success factor. The existing relationships in the organization are subtly disrupted by the presence of an outsider and everyone is more focused on protecting the interest of the company as a whole than their own little kingdom. In many cases, strategic use of outsiders can lead to breakthroughs that significantly accelerate the rate of change.

Concluding, organizational change is hard and often well-intended employees that believe the change is critically needed shy away from taking action. Understanding the reasons why change is hard, including habits, loss aversion and the unintended consequence of hierarchy, and employing a mental model to accelerate change with elements such as focusing on your circle of control, experimentation instead of “cast in stone” plans and strategic use of outsiders, can help organizations, teams and individuals overcome the inertia of organizational change.

One thought on “Overcoming Inertia in Organizational Change”